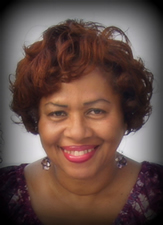 “Three days later, when David and his men arrived home at their town of Ziklag, they found that the Amalekites had made a raid into the Negev and Ziklag; they had crushed Ziklag and burned it to the ground.” 1 Samuel 30:1 NLT

David and his men had been off fighting. Fighting, gaining victory for a people who had been good to them. Doing a good thing but leaving their home unprotected. A three days journey to home, only to discover their own destruction. Loved ones gone, possessions stolen and legacy snatched.

David and his men returned home, only to find they had been blindsided! Today, many have gone off, fighting battlers, some of their own, some not. Many have so focused on doing a good thing, they missed the right thing. Some have been so focused on providing a good life, they neglected to protect the right people and things.

The Philistine rulers, sent David and his men home. They were more afraid of David, than the victory he secured for them. Achish, said, you are a great and loyal man, as close to perfect I have found but go home. Quietly leaves as to not disturb the fearful leaders and go home!

Today, God says to David go home. Knowing the blindside attack had taken place, God brought David home. Home to his own devastation – home destroyed, his loved ones taken away, and his legacy/his children snatched.

After the weeping and crying, God had a plan. God knew, David would not quit, give in or relish under defeat. His heart was after God. Today, the crying must stop, David needs to inquire of the Lord. God is saying: pursue, overtake and recover all. For the weapons of our warfare are not carnal to the pulling down of strongholds. The city is in ruins, the women and children in captivity . . . Prepare the troops, David! It’s time to pursue the enemy, overtake the strongholds and recover all!

Mark 11:24 (NIV)
"Therefore I tell you, whatever you ask for in prayer, believe that you have received it, and it will be yours."